It was time.  As much as I hated to cut his hair, it had to be done.  Cutting your baby’s hair is like one of the many events that just beam flashing lights around the fact that he is growing up.  You know, those annoying flashing bulb ones…I try to ignore them but it’s inevitable.  So they say.  I am still looking for a pause button and will not stop my search any time soon!

In the summer, the baby mullet would curl all up in the humidity or when he was sweating and just look adorable.  It’s not summer anymore and so now it’s just long…like long enough I could put it in a pony-tail.  (I never put it in a pony-tail…well not like a real one with a rubber band, but maybe once or twice in my hand!)  The top was also getting long and he could pull a Trump and sport a comb over. 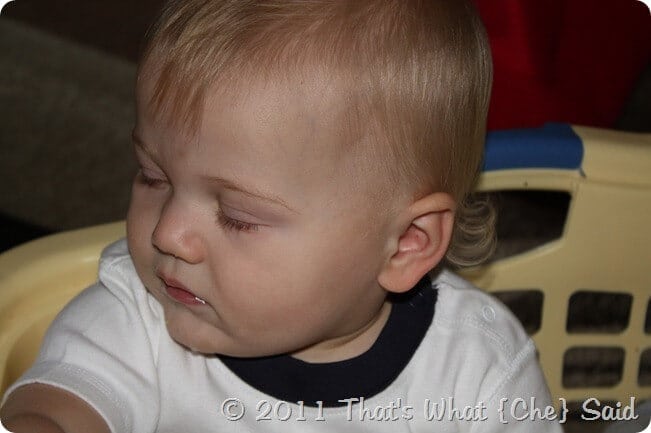 His eyes are closed here, but you can see the start of the curl.  Adorable little curl…that now rests in an envelope of my “baby’s first hair cut” rather than on his cute little head…sniff, sniff… 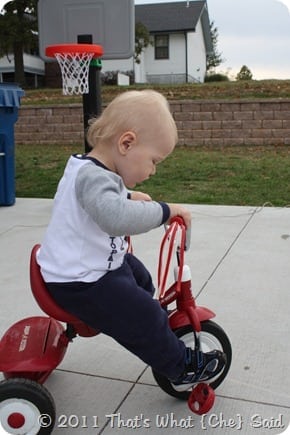 Here’s a good shot of the mullet.  Cute little baby mullet that is no longer on my baby’s head…sniff 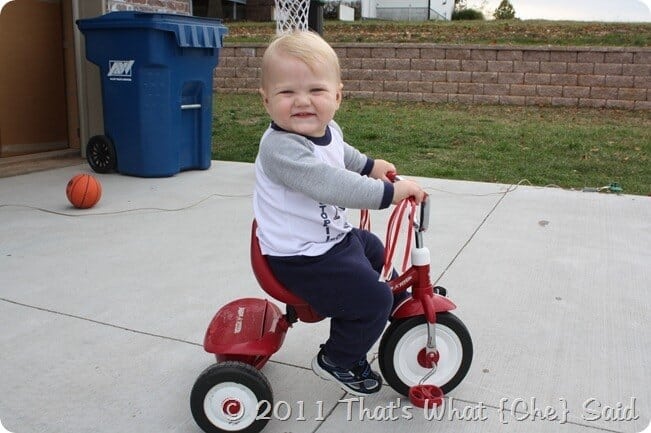 and here is one of the comb-over.  Donald Trump would be proud don’t you think???  He loved when the wind would blow and stand his super fine hair straight on end!  He’d laugh and then pat his head!  Silly Goose! 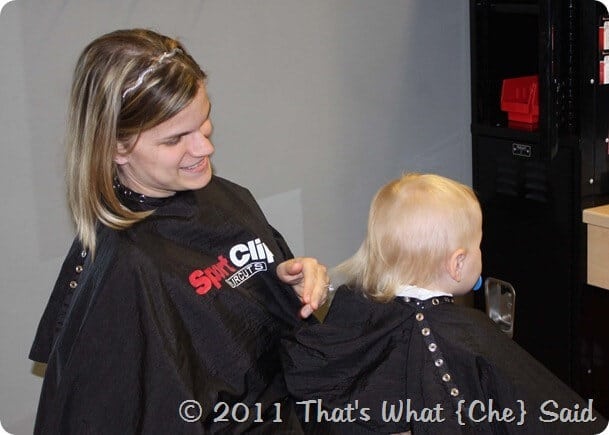 Again…it was really long, it needed to be cut…I am not sure why I am so attached to baby hair…just sayin’.  Oh and he HATED it.  Yes he screamed though the whole thing.  He does better with his SHOTS than he did with the haircut.  Kids are crazy! 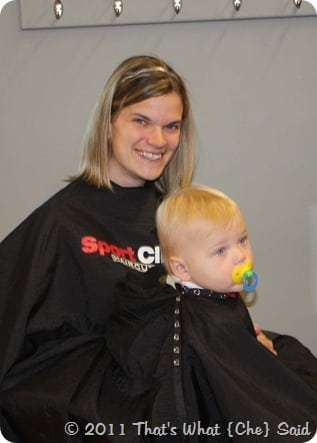 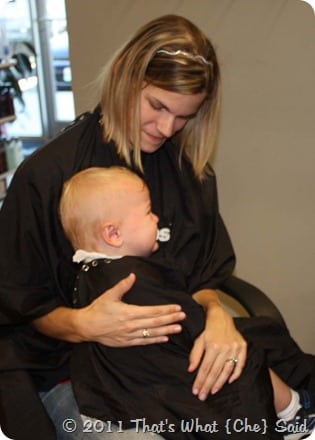 Here we have the “Crazy lady with scissors hasn’t touched my head yet” picture on the left and then we move to the “Crazy B!&%# better stay the F&$# away from my head unless she wants me to bring my homies up to knock some sense into her” picture.  You probably can’t hear from the picture but he is SCREAMING in it! 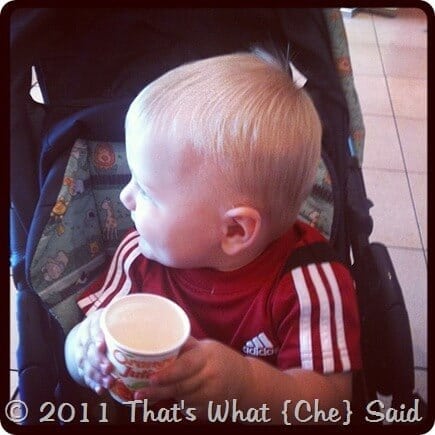 Here is a little boy.  With a little boy hair cut.  No mullet.  No comb-over. No “If I had a girl she’d look like this” ponytail.  Just my cute little boy with his little boy haircut.  Oh and an Orange Julius sample because afterwards Mommy & Daddy needed icecream!    (I’d rather had a beer but it was only 3 in the afternoon so we opted for icecream!)